Trenbolone acetate was never approved for use in humans. Prescribing guidelines are unavailable. An effective dosage for physique- or performance-enhancing purposes generally falls in the range of 100-300mg per week, taken for 6 to 8 week. Due to the short-acting nature of acetate esters, the total week’s dosage is subdivided into 2-3 smaller applications. Effective oral doses tend to fall in the range of 100-200mg per day, taken for no longer than 8-10 weeks to minimize any potential hepatic strain.

Trenbolone A 125– is an injectable (generally) anabolic steroid derived from nandrolone. Its activity is quite removed from its structural parent, however, such that direct comparisons between the two are difficult. Trenbolone is a non-estrogenic steroid, and is considerably more anabolic and androgenic than nandrolone on a milligram for milligram basis. In appearance, it is much more commonly compared to a strong androgen such as drostanolone, than it is to nandrolone. It is also estimated to display about three times more androgenic potency than testosterone, making it one of the strongest injectable anabolic steroids ever commercially manufactured. Among athletes, this steroid is highly valued for its ability to increase muscle hardness, definition, and raw strength, without unwanted water retention and fat mass gains. It is considered a drug of choice for contest bodybuilders, yet remains very popular with recreational users simply looking to refine their physiques.Â 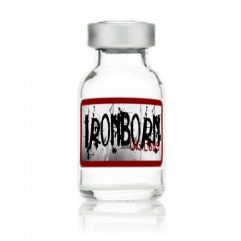